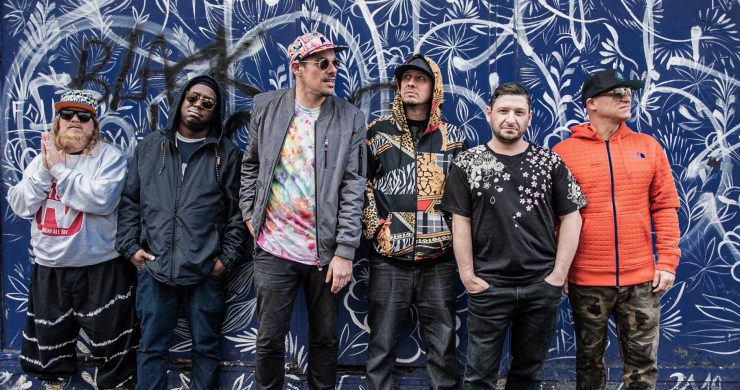 Trailblazing future-funk squad Lettuce returns with the ambitious Resonate, their second full-length LP in under a year’s time, and the seventh of their illustrious career. Continuing their unicorn evolution in sound, the six-piece points the spacecraft skyward with another searing slab of innovative instrumental dance music.

Lettuce has developed into somewhat of their own genre: a fluid amalgam of intergalactic jazz-funk and percolating hip-hop, most recently topped with slivers of psychedelia levitating above the intoxicating riddims. On the heels of 2019’s Grammy-nominated Elevate, this latest release again enlists the talents of renowned super-producer Russ Elevado, and Resonate is sure to satiate fanatics’ fiendin’ for a funkdafied fix.

A distilled focus permeates the proceedings, an intentional approach to band dynamics that breathes vitality into the eclectic selection of compositions, which were primarily tracked at Colorado Sound Studios in Westminster, CO, and later mixed in New York City. Lettuce is a quarter-century deep in the game; their art is at once ancient and visionary. They don’t often get complacent, nor settle for more of the same old thang, yet Resonate does not deviate from their established modus operandi: continuing to push sonic boundaries while coloring outside the lines.

The newest tracks are as purposeful as they are adventurous. Juxtaposed with its predecessor’s sprawling, kaleidoscopic story arc, the sequel unveils a chiseled, powerful, and assertive document. Resonate revisits the flyest, strongest suits in the Lettuce closet, then puts them on, brushes a shoulder off, and continues the expedition in search of new land.

The sizzlin’ sextet kicks things off with “Blaze”, one of several songs that fans may be familiar with from embryonic efforts onstage over the past couple of years. “Blaze” is a mid-tempo scorcher that finds saxophonist Ryan Zoidis catching wreck atop what is, in essence, a LETT club banger, packed to the brim with a sativa-dominant middle-section that gets the party poppin’-off type proper. In just this opening salvo, Lettuce weds their patented pocket aesthetic to a modernized Mothership, a funky matrimony that sets the scene for the fantastic voyage ahead.

The runaway funk freight-train on which the boys made their bones so many moons ago? Turns out that thing rolls intercontinental. Resonate‘s second single, “N’DUGU”, is a delicious departure that cooks with different grease. Deitch is a dedicated student of rhythms around the world; Leon “N’Dugu” Chancellor was a global drumming icon and inspiration to the band. From the Bronx to The Shrine and back again, this rumbling motherland memoriam mines the rhythms infinite, Deitch and bassist Erick “Jesus” Coomes exploring a newfound climate buoyed by a soaring trumpet lead from the ever-iridescent Eric Benny Bloom. The krewe deftly navigates the way back across the seas to once again rage the District in funky fashion. Lead single “Checker Wrecker” pulls up with OGs “Big Tony” Fisher (Trouble Funk) and Tyrone “Jungle Boogie” Williams (Rare Essence) in tow, for a foray back into crunkadelic DC Go-Go. Whaddaya know about this, homeboy?

“Silence is Golden” unfurls in glorious and glistening intonations, revealing the record’s ornate emotional centerpiece in all its resonant splendor. The ensemble’s dynamics and dialogues are luminously revealed; there’s an intangible radiance to this composition that evokes a moody, incandescent vibe akin to that of Elevate’s magnum opus, “Gang Ten”. Only “Silence is Golden” feels subtly more spiritual, illuminated by Zoidis’s summery sax reminiscent of Rusty Bryant. Smirnoff’s stank tone and sharp staccato bobs between Hall’s choice Fender Rhodes voicings, the pals tip-toeing down the alleyway, Bloom’s strange brew emboldened by Coomes sturdy, bulbous anchor. To add insult to infamy, the boys attach a thumper of an outro that is just begging for the Preemo chop. The track might be the finest example of immaculate full-band instrumental storytelling in their canon.

“Rhythm is infinite, tempos and grooves from everything, from electronic music, house music, dubstep, trap, to afrobeat and reggae, there’s millions of grooves all over the world. Where have we not yet gone to, rhythmically?”  –Adam Deitch

A global excursion, mystical in sound and intention, “Moksha” welcomes Indrajit Banerjee on sitar, a Texas-based teacher who has fostered Smirnoff’s well-documented passion for the instrument, and Indian music. “Moksha” is awash in exploratory rhythms, textural percussion, and mind-bending sonics, adroitly blending traditional Ravi Shankar influence with the prog-jazz wizardry of John McLaughlin, while Shmeeans spikes the pu’erh with a MuTron-drenched asphalt jig ala Jerry Garcia circa Spring ‘77 . This bold nod to the Babas is an off-road joyride to the East (my brother, to the East!), with Hall’s wild analog synths spinning a frenetic color wheel, and the greasy-spoon turnaround hollering “New Orleans” all the way from New Delhi.

Maybe more so than any previous releases, bassist/de-facto frontman Erick “Jesus” Coomes makes his presence resonate, ever-humbly and with hallmark panache. E.Danger does so by summoning the juiciest tones, dialing up inventive, nuanced basslines, and turning in—to my ears—his most inspired performance on record. Coomes’ contributions to Resonate are on-brand—audacious and intrepid, intelligent and introspective, whimsical and gangsta, often all within the same measure. Jesus stays in total lockstep and unwavering trust with partner-in-riddim Deitch, and it’s their rock-solid, funkadelic foundation upon which the mighty LETT empire has been built, twenty-five-plus years and counting. That symbiotic relationship between the bassist and drummer has never sounded so effortlessly vibrant, from complimentary rhythmic conversations to their trademark trunk-rattle.

At Russell Elevado’s behest, almost out of thin air, the boys manifest “Mr. Dynamite”, a wholly-improvised psychedelic saunter that invokes the scents and sorcery of funk forefathers The JB’s while rolling up a hash-spliff homage to the iconic Godfather himself. Allow me be the first to declare: this one’s on some Don sh-t. According to Zoidis’s recollection, the full band was jamming in the studio before a proper take, “it got dope”, and luckily, Elevado had pressed the record button. And let us be grateful he did; it’s as if a lysergic time-machine beams the listener back about a half-century. Imagine if James Brown abruptly nixed a session, and Bootsy, Catfish, Clyde, Jabo and ‘nem mistakenly entered the wrong studio—one with Owsley Stanley at the mixing board preparing the refreshments—and the chase is on.

Riding Coomes’ Charles Barkely-of-a-bassline and Deitch’s boom-bap good foot, Lettuce brings a bag of their own and makes it good to themselves. “Mr. Dynamite” is all hustle and double the bump; layers on layers of ethereal synths weave in and out, and occasionally it becomes difficult to identify exactly who is making which sounds. In addition to the sly JB’s references, dedicated soldiers in the LETT Army may recognize themes in “Mr. Dynamite” from recurring onstage jams tucked inside of songs like “The Force” (Crush, 2015). Bottling up the improvisational lightning from the live concert experience is an eternal conundrum for sound-art of all genres, yet Elevado once again slides these fellas the miracle keys to an elusive kingdom, a crib that Lettuce makes their own, over on the funky side of town.

The band puts a galvanized spin on “Remember the Children”, the beloved chestnut by heroes Earth, Wind & Fire, for the album’s lone cover and vocal tune. Naturally, vocalist/keyboardist Nigel Hall shines mightily, the passion on display in all its gospelized glory; choruses royally stacked with magnificent harmonies, familiar refrains soaked just a little bit in Hall’s adopted Crescent City swoon. A rebel yell signals the unit’s controlled-detonation into a furiously funky b-section, turning loose a brief-but-salacious strut, upon which Zoidis charms cobras under the sworn protection of Deitch’s lead right foot and that colossal, murderous groove.

“They are a huge part of who we are, of our identity as a band, and individually. They carry themselves as a unit, as a team. They did things together. Musically, they are just the deepest cats, and we’ve all experienced Earth, Wind, & Fire pretty much since we were born.” –Ryan Zoidis

“Lude” is a criminally-brief improv passage rumored to have been lifted from an expansive, 55-minute, impromptu studio jam session. A ghostly, empyrean snippet beckons what might have been, a fleeting temptress who disappears into the night…

“House of Lett” is another wildcard in Resonate’s seemingly-bottomless well of rhythmic trysts. Lettuce finally uncorks their very first funky house jam. This canon-blast of exuberance is now a couple of years old; “House of Lett” has steadily incinerated dancefloors in various nightclubs, theaters, and festivals on several continents, wielding a Chicago-esque, four-on-the-floor, post-disco haus-quake. Another prime example of how Lettuce tunes first come to life on the stage: the studio version of “House of Lett” harnesses the potency and trims its nascent jamtronica fat, resulting in a scintillating barnburner that lands somewhere between late -90s The New Deal and modern-day Jamiroquai. “House of Lett”, their third pre-release single, is tailor-made for the tastemaker DJ remix, highlighted by an invigorating pulse and Eric “Benny” Bloom gracefully surfing waves of Lettuce-untz onto the shores of Ibiza and beyond.

The auroral title track is an angelic descent homeward bound; “Resonate” rises from the soundcheck ashes of a dueling harmonic jam between Coomes and Shmeeans. Over time—both onstage and off—the quiet storm we now hear took on an allure of its very own. An elucidation of tranquility, “Resonate” sets about expanding the consciousness of the Lettuce songbook, sound design, and vocabulary. By taking a minimalist vamp from a textbook harmonic exercise and sewing it into something downright celestial, “Resonate” proves that even a band of critically-acclaimed virtuosos can do more with less. Clocking in at over eight minutes, the record’s longest song is also it’s last; a breezy, featherbed finale for this brilliant bicycle ride.

Stream the new Lettuce album, Resonate, via the platform of your choice here. 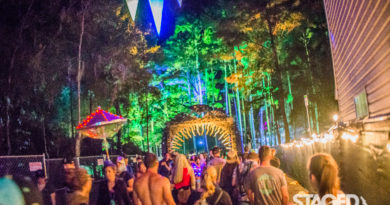 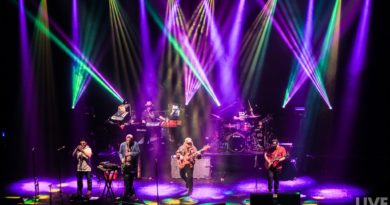 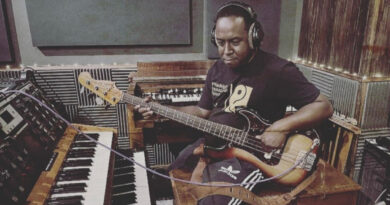 In Search Of A Life: Nigel Hall Digs Deep On Latest LP ‘Spiritual’ [B.Getz on L4LM]