Fourteen years into their career, Richmond, VA jazz/funk/hip-hop crew Butcher Brown has developed a dedicated, loyal following both stateside and abroad thanks to their authentic stew of past, present, and future groove. Though to many in the mainstream they may still fly a bit beneath the radar, their music has taken them around the world and earned them fervent, vocal fans—particularly among musicians.

Collaborating with the likes of Christian Scott aTunde Adjuah and Kamasi Washington, as well as numerous underground emcees and instrumentalists, the sterling reputation of Butcher Brown precedes them. Most recently, the band has been on the tips of tongues for their tremendous work on Spiritual, the latest full-length release from Nigel Hall (Lettuce).

The year before that saw them win numerous accolades and critical dap for their 2020 release #KingButch. There was a rooftop concert for NPR’s Tiny Desk series that dropped during the pandemic, “Remind Me”—the tribute to Patrice Rushen featuring Ernie Isley’s daughter Alex Isley—and their take on Little Richard’s “Rip it Up” for ESPN’s Monday Night Football, among other passion projects.

Though, after nearly a decade and a half of grinding, it may feel like a bit of a slow burn to the band themselves, there are no two ways about it: Butcher Brown is really on the come up.

During a short jaunt supporting the wildly-popular Tom Misch on the West Coast, a five-piece Butcher Brown slid into the cozy confines of Black Cat SF for two sets on a Sunday night in early April. With phenom Tom and his team fanning out into the jazz club’s super-sold-out audience (capacity roughly 75), Butcher Brown wasted nary a moment of anybody’s evening.

Throwing it down with equal parts panache and authority, the boys uncorked their multi-hued blend of Black music history, juxtaposed with seemingly effortless swag, delivered while fully laid back in the cut. Two teeming audiences learned just how—and why—the RVA bullies have become such a buzzed-about band, across so many scenes and geographies.

And these dudes, they made it look easy.

Though the group has released several seminal studio records, Butcher Brown, as an organism, really thrives best in the live element. Their songs take on new identities and languages, ambitious adventures when given the chance to really stretch out, or conversely, sublime getaways when they choose to settle in. On stage and in the proverbial zone, the deep funk grooves are encouraged and emboldened. The soul seeps out into the ether just a bit more freely, the fusion workouts break some proper sweats, the rhythmic pockets are pronounced like a pair of JNCOs, and the hip-hop hits just a tad more crunk.

Butcher Brown live is an equal-opportunity squadron. Each player is given ample time in the spotlight, yet nobody hogs any space, be it on the stage or within the music. The band primarily moves as one.

Keyboardist extraordinaire DJ Harrison found himself stage right and tucked behind the venue’s concert grand, which took up almost a third of the performers’ area in the cramped club. The Stones Throw producer du jour made keen use of the enormous piano, as well as choice Fender Rhodes and synth action throughout both 75-minute sets. This cat is one of the best kept secrets in the game, and it’s only a matter of time before the masses get hip to his genius, be it in the context of Butcher Brown or beyond.

Drummer Corey Fonville was pure poetry in motion, alternately pushing the funkadelic freight train and deftly surfing the waves his comrades concocted. Whatever the music called for, Fonville was masterful in driving and delivering the goods, playing lyrical, laconic, and most points between. Holding them down was bassist Andrew Randazzo, a certified professor in low-end theory, robust funk player, and sturdy anchor amidst the depths of the frenetic escapades. Not only was his playing exemplary, but he put on a veritable clinic of doing more with less—the exception, not the rule, at a swanky jazz spot like Black Cat.

Current guitarist Morgan Burrs was unavailable for this run, so OG Butcher Brown axeman Keith Askey returned to the fold for a reunion of sorts. In the interim years away from the pack, Askey worked with luminaries like Kendrick Lamar, and he fit right back into the hip-hop pocket like a glove. His adventurous playing employed plush, clean guitar tones, and his textures and comping were right on time. Askey led the band to some scintillating spaces without the guitar dominating the landscape. To the less initiated, one would never know he was performing on short-notice spot duty.

As usual, Marcus Tenney acted as de facto frontman, if only because he is positioned out ahead of the assembly. The enigmatic Tenney was confidently blowing tenor sax and trumpet with unabashed badassery, as well as spitting fiery rhymes across a couple of cuts. The man they call “Tennishu” oscillated between horns with reckless abandon, soaring and searing, ducking and weaving in and out of the elastic funk. Marcus also addressed the audience throughout the performances, dropping witty and humorous verses, and introducing the band members. Occasionally he’d try to rile the would-be revelers in the old-school jazz joint to get up, get out, and move something, to varying degrees of success.

But not for lack of groove, funk, or heaping slabs of steez, as these boys delivered numerous bangers from their most recent record #KingButch, vibrant journeys that thumped with purpose and authority. “Frontline”, “Gum In My Mouth”, and “IDK” displayed some of the best this album has to offer.

The shimmering jazz excursion of “Camden Square”, possibly a nod to a park in London, was an appropriate embarkation point in this venue— and an entirely different sound than the trunk funk that’s mostly made their bones. They went wayback machine with a “Sticky July > 1992” combo, revealing a cut from 2014’s All Purpose Music—the Askey era—before segueing into a more recent effort found on #KingButch. Both numbers revealed a humble confidence from each player, and set a free-wheeling tone for the evening’s festivities.

The quintet recalled the glory days of Da Beatminerz within Ronnie Laws‘ “Tidal Wave”, a timeless track made iconic by way of Black Moon’s 1993 classic “Who Got the Props?”. Somewhere, DJ Evil Dee cracked a toothy smile, and the dread nodded with approval. Then Butcher Brown injected Bad Boy anthem “It’s All About the Benjamins” into the title track of #KingButch, with Tennishu taking a couple of breathless, burly verses, raising the roof as best he could given the seated, somewhat tepid environment.

All of it was authentically—and unmistakably—the work of one band, Butcher Brown; certifiably-bad motherf*ckers and Virginia’s finest export since Allen Iverson, Mike Vick, and Michael D’Angelo Archer. It’s high time that people recognize, and if you don’t know, you’d better ask somebody. 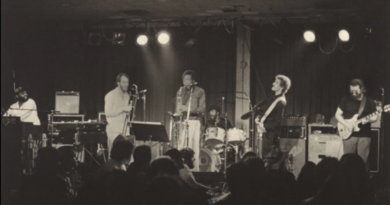 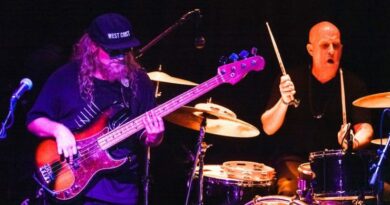