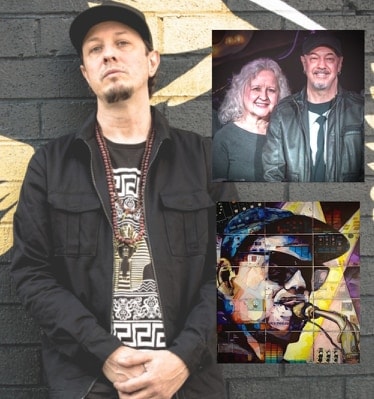 ADAM DEITCH B-DAY EXTRAVAGANZA! Episode 032 of *The Upful LIFE Podcast* is proud to welcome the one & only ADAM DEITCH to the show! It’s an honor & privilege for this esteemed gentleman to slide through for a proper powwow. To celebrate his 4/26 b-day, we dig into a pair of fresh records: Lettuce‘s new LP Resonate (5/8), & his own forthcoming solo electronic EP The Age of Imperfection, AND check-in with his fam. Literally! His wonderful parents BOBBY & DENISE DEITCH hop on the phone to discuss all things Deitch. Bobby Deitch Band  new album dropping 5/15, so we get the scoop on that, plus loving parental reflections on Adam & his boys. Ep.032 finishes strong with the great RYAN ZOIDIS (sax – Lettuce, AD4, BrkSci Live Band). Zoid has collab’d with Adam Deitch for nearly a quarter century, he’s a world-class musician & vibrant conversationalist. This episode is a family affair. HAPPY BIRTHDAY ADAM! #DeitchBeatsDontQuit – ISOLATION STATION v.4

Adam Deitch needs no introduction. He’s steadily among the more celebrated drummers in the game for over two decades, laying the foundation for modern funk music. He pushes the art skyward, prolific in hip-hop, electronic, and jazz. He’s been the iconic engine powering Lettuce ever since the future-funk cosmonauts first took flight, back in the mid-1990’s at Berklee College of Music in Boston. Their collective trajectory has been astonishing, as has his own journey in music. In addition to slaying with LETT, Deitch has collaborated with everybody from John Scofield to Pretty Lights to Redman & beyond. The GRAMMY-nominated artist is dropping new music left & right, even on quarantine. Deitch stays perpetually in motion, getting busy with his electro-soul duo Break Science, plus his own soul-jazz group Adam Deitch Quartet (featuring Ep.024 guest Wil Blades, and Lettuce’s Ryan Zoidis (interviewed later in this program) & Eric Benny Bloom (Ep.017). 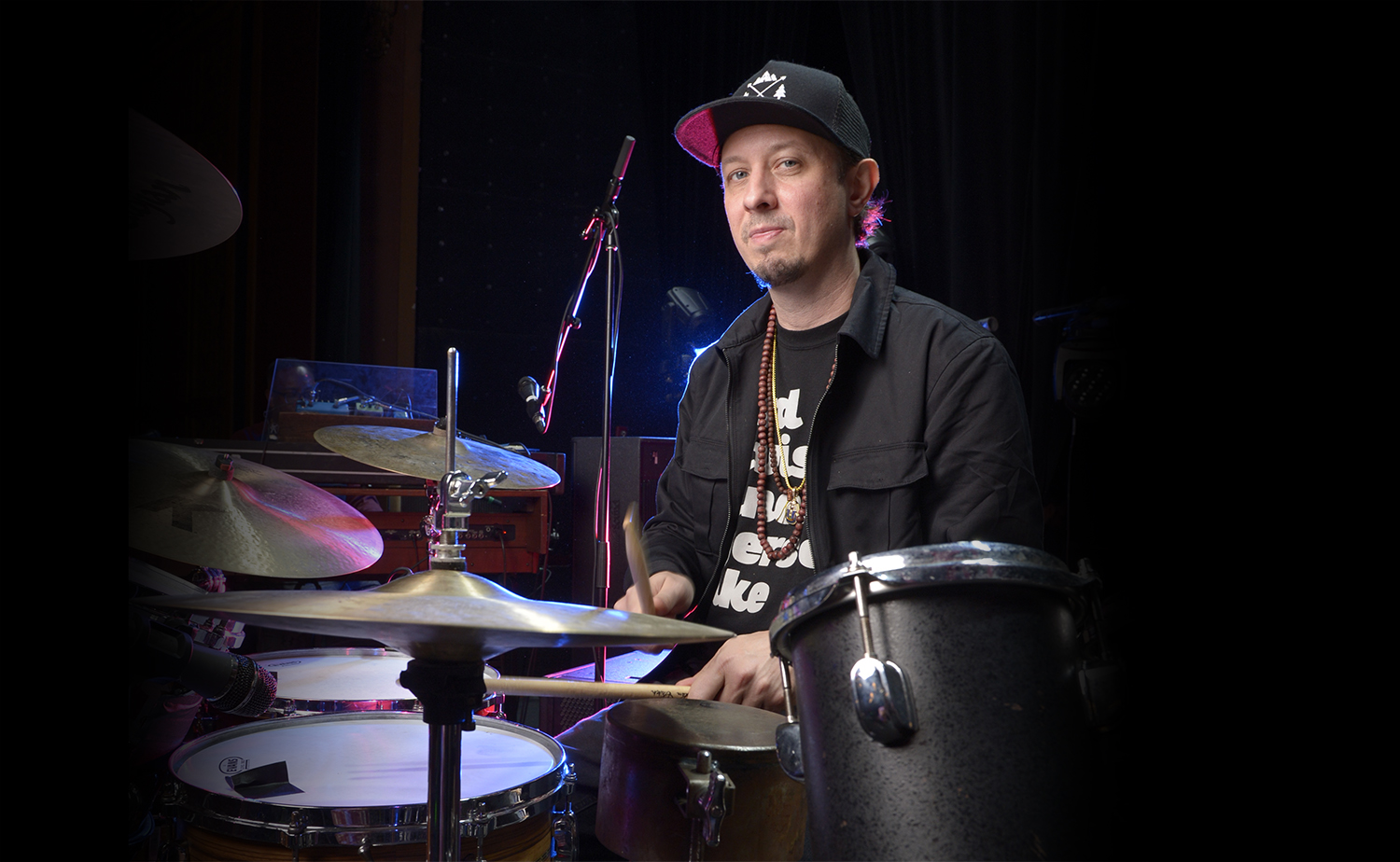 Transmitting from Denver, CO., Adam brings us into the Resonate recording and mixing sessions with super-producer Russ Elevado, as well as the band’s writing and studio processes. Deitch discusses how LETT creative vibes coalesce, a general modus operandi for the current squadron, and highlights Elevado’s dutiful influence. The drummer teases some possible dream collabs, with insightful backstories of how & why they might just happen. Adam gets into the “Funkin from Home” project, then pivots into his own production concepts, ideas, and compositions with regard to new electronic EP The Age of Imperfection. The dude waxes philosophic about sampling traditions, newer trends in the culture, then shows love to some young gunners pioneering the wave in that lo-fi hip-hop space. He tickles the fans with some clues about a new Nigel Hall solo album in the works. Maybe more Break Science acoustic? Towards the end, AD reveals his thoughts on the myriad of emotional elements ever-present in his rhythms & compositions. Universal language inherent in so much that he studies & loves. Always humble, forever a student, yet effortlessly the teacher. Fantastic, fulfilling, & deeply informative Adam Deitch interview! Here’s to another ring around the sun, shogun!

Bobby & Denise Deitch were kind enough to make time for the podcast from their home/studio in Nyack, NY, just outside the city. Topics include: how the duo is sheltering-at-home, forthcoming album from Bobby Deitch Band titled Work With Whatcha Got, due May 15. Bobby Deitch breaks down his band, process, collaborators, song ideas, themes and intentions in rolling out this new record, which features Michealangelo Carubba & Shira Elias from Turkuaz (both guests on this show in the past), in addition to living legend George Porter Jr., Lettuce’s Nigel Hall, among other special guests. Denise frequently chimes in with some funny tidbits on their shared creative energy and how the couple carefully builds a song from scratch. Naturally, I asked Adam’s parents for some reflections on their son, his bands, their brotherhood, and his ever-prolific output. Get the latest on Bobby & Denise Deitch music HERE

ENTER THE ZOID VOID: The final conversation is a profound exchange with my dear friend RYAN ZOIDIS, whom I reached super late on 4/20 night at his home in Portland, ME.. Zoidis is another LETT co-founder, & part of Adam Deitch Quartet, Break Science Live Band, Soulive’s Shady Horns, critically-acclaimed Rustic Overtones, & Royal Hammer (Portland roots-reggae crew). Zoid gets personal how the relationship with his young daughter has evolved and transformed during quarantine. How the virtuoso saxman has improved as both musician & teacher. We revisit Russ Elevado’s Voodoo touch, how the venerable producer magically elevated the LETT sessions with poignant palette cleansing of the highest order. Zoidis pulls the curtain back on a couple of favorite Resonate joints, floats dreamy ideas for a psychedelic improv/instrumental LETT release, and how the band’s recent jaunt through Europe brought the squad even closer, vibrations onstage and off.

Zoid kicks knowledge & drops science on natural wines, & introduces his new ‘natty-wine’ distribution company Benny & Zoid Selections, with bandmate Eric Benny Bloom. Meanwhile, what’s up with a rumored wild collab project with Tycoon & Jesus Coomes!? We wrap up this sesh with a string of enlightening topics, beginning with Ryan’s beautiful recollections & ruminations on his relationship with the Deitch family. Zoid offers parting thoughts on Still Bill, and seminal dancehall DJ Toyan’s timeless classic LP How the West Was Won. Large Up Ryan Zoidis! One of my favorite dudes on earth, hands down.

-Vibe Junkie JAMZ of the Week-

Lettuce – ‘HOUSE OF LETT’ off their forthcoming LP Resonate, due May 8. 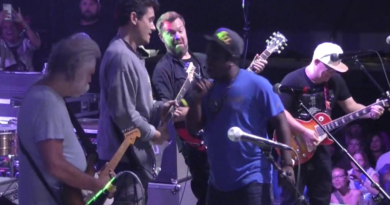 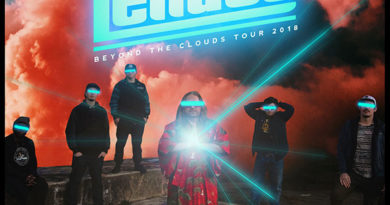 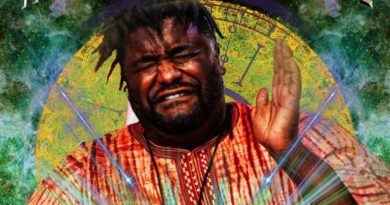