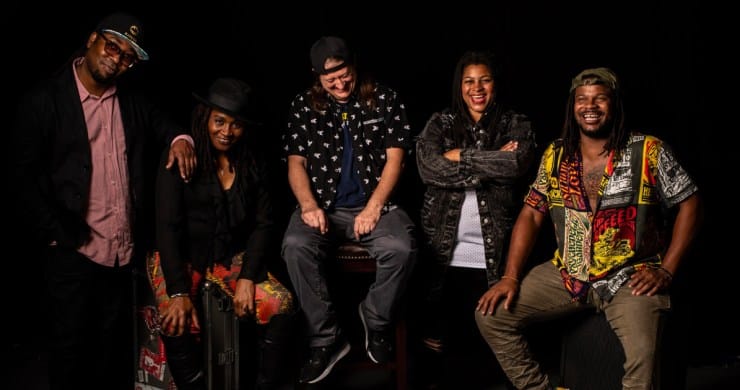 KAMANI, the all-world funk ensemble led by Nikki Glaspie, is ready to rage its first-ever run of Colorado shows this weekend—and thats just one of the several bands with which she’ll hit the stage over the next few weeks.

Festivities kick off on Thursday, December 16th in at Shakedown Bar in Vail before moving on to the Caribou Room in Nederland on the Friday December 17th and finishing up on Saturday, December 18th at Cervantes’ in Denver, appropriately wrapping in the current epicenter of the live music scene.

The scintillating KAMANI live show explores the voluminous depths of funk music by way of progenitors like The Gap Band, James Brown, The Meters, Prince and others—classic cuts interpreted by veteran musicians who have studied extensively under many of the greats themselves.

“It’s a dance party”, Glaspie told Live For Live Music. “We play the funk a bit differently because we’ve played with the masters. We’re taking that knowledge and keeping it alive. Kat Dyson played with Prince for a number of years. Sput and Xavier also have played with Prince. I play with Maceo Parker. Maceo, Skeet, cats that basically invented funk. So you have to understand, we’re coming from the source. Whenever someone’s coming to see us, they’re getting the real funk. They are not getting misinformed, this comes from the source. Because I’m a purist when it comes to funk music. There’s no water in this—it’s unfiltered, uncut, unadulterated funk.”

Originally born in Glaspie’s current city of Austin, Texas, KAMANI began as a pandemic project, an idea that first blossomed in the autumn of 2020, followed by a blistering six-night run in Winter Park, Florida just about a month later. In addition to drums and percussion, fans will see Sput on keyboards and vocals throughout the show. With Xaxier and Sput in the mix with the original three members (Glapsie, Dyson and Lapham), KAMANI has evolved from a collective or a tribute ensemble into a full-fledged band to be reckoned with.

Glaspie even let it slip that original KAMANI music is being conceived and created as we speak. “Fans are going to see something different, and experience different music,” she hinted. “You are not coming to see The Nth Power or Ghost-Note. KAMANI is its own thing. We’re a band. We are writing our own music now, for KAMANI… You go to see KAMANI and you dance your blues away.” For tickets to KAMANI’s Colorado run, head here.

Nikki Glaspie also just recently finished a lengthy, successful run of shows with her main band, The Nth Power, currently touring as a trio with bassist Nate Edgar and guitarist/vocalist Nick Cassarino. The group is riding high on the heels of its latest full-length album, Reverence, phenomenal document of the ever-changing elixir that is The Nth Power.

As Nikki reflected on her experiences playing The Nth Power’s new material around the country this year, “The audiences love the new music, you can tell they love hearing the evolution of the band too. Though we’ve been a trio for a while, maybe people had not seen us as a trio, and often times they can’t believe how big of a sound we have with just three people.”

“Plus, we’re doing our Nirvana tribute the first night in Albany,” she continued, “and on New Year’s Eve, we’ve got The A-Beez opening the show. They just released a new album, Reclamation, and I am featured on that. We are looking forward to The A-Beez opening in support of their record.” For tickets to The Nth Power’s New Year’s run, head here.

Nikki Glaspie has not forgotten about her beloved New Orleans, which forever occupies a special place in her heart. Fans in the Crescent City can catch her getting crazy in the Quarter with Mike Dillon’s Punkadelick on her birthday, Christmas Day, at the Toulouse Theater. Get tickets here.

“I’m having a blast playing some of the best music I’ve ever played with Punkadelick and Brian Haas,” Glaspie said of the group’s last run of shows. “It’s really an honor to share the stage with these guys night in and night out.”

For all things Nikki Glaspie, head to her website. 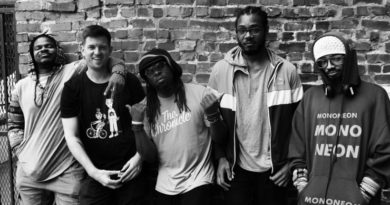 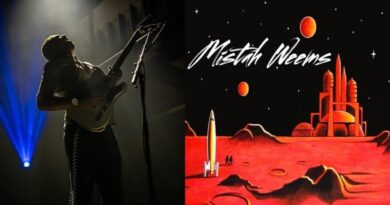 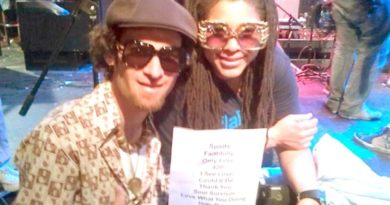