On Saturday, October 15th, the psychedelic jam veterans in Zero descended on their home turf in San Francisco and the hallowed room The Fillmore to celebrate the 30th anniversary of a monumental 1992 three-night engagement at the nearby Great American Music Hall. That shapeshifting weekend in the Tenderloin gave birth to the recently released Zero live LP, Naught Again. The unearthed record essentially inserted a battery in the back of co-founders Steve Kimock and Greg Anton, inspiring these old pals to dial up a few fellas and turn the Zero engine over once again.

After several shows earlier this year getting reacquainted with one another and the ever-fluid Zero catalog, the group is recalibrated and invigorated for 2022. It was cosmically fitting that the collective would return to the city that gave birth to the project, to perform together exactly three decades since the landmark residency took place. Beneath the historic ballroom’s storied chandeliers, this evening would indeed prove to be a family affair, as the band explored the annals of its history while also offering a glimpse of the future.

Drummer Anton and the iconic guitarist Kimock can trace their embryonic Bay Area collaborative roots to early 1980 and The Heart of Gold Band, a short-lived project featuring husband/wife Keith and Donna Jean Godchaux—formerly of Grateful Dead—along with longtime Jerry Garcia Band bassist John Kahn. The sudden passing of Keith Godchaux, merely days after the band’s debut gig, caused the group to swiftly fold. Anton and Kimock continued working together and in 1984 made their first appearance as Zero with a loosely-affiliated collective of instrumentalists.

Core band members included bassist Bobby Vega, who went on to collaborate with Kimock in KVHW, and saxophonist Martin Fierro, of the seminal Jerry side project The Legion of Mary. Zero is the rare artifact that can boast no less than two of Garcia’s preferred Bay Area guitar sorcerers in the then-nascent Kimock and the late John Cipollina (Quicksilver Messenger Service), who performed with Zero from early incarnations until he passed on in 1989.

The Grateful Dead lineage continues with the contributions of lyricist Robert Hunter, who after chatting with Anton at a party some years ago convinced Zero to add lyrics and vocals to its once-instrumental stew. The fantastic results of this pairing can be heard on the recently-released Naught Again, which features a number of the Hunter-penned songs taking flight for their earliest readings, recorded live at the GAMH exactly 30 years ago on October 15th, 1992.

Appropriately enough, this anniversary concert would fall on the same weekend as Bob Weir & Wolf Bros’ three-night engagement across town at The Warfield, celebrating the Cowboy’s own 75th revolution around the sun. As such, the familiar Grateful Dead electricity was filling the foggy air as we crossed the Bay Bridge into San Francisco and slipped into the Fillmore, which was roughly two-thirds full as Zero took the stage as a septet.

Noting the serendipity, Zero began with a slower arrangement of the title track to Chance in a Million, the opening cut to the live album they’d recorded 30 years earlier on this night. They then shifted into the traditional Chance arrangement before concluding the song with the beloved piano outro from “Layla” by Derek in the Dominoes, firmly announcing the presence of keyboardist/vocalist Spencer Burrows. Former keyboardist/Bay Area OG Pete Sears had moved over to bass, and Burrows really shined in both roles all night long.

The current Zero lineup was fleshed out by longtime contributor Hadi Al Saadoon on trumpet, percussionist Brooks Anderson, and Steve Steinberg on saxophone. Other first-set selections included “Berm”, “Nancy Germany”, and “Big Love”. Toward the end of the early frame, the crew dialed up a euphoric take on David Bowie’s “Space Oddity” that had every last soul in the Fillmore belting out the timeless tale from the Thin White Duke.

Segueing out of the Major Tom ether, Zero wrapped up the set with “Gregg’s Eggs”; at the very instant the song began in earnest, I found myself staring at a stoic photograph of Cipollina that adorns the walls by the stage right bar. A pretty cosmic moment that wasn’t lost on me, as Kimock really began to dig in on his trusty white Fender Stratocaster, his primary guitar save for the occasional detour to a gold-top Les Paul or nearby steel. On the set closer, the entire stage of musicians coalesced to collectively send some sonic love toward the heavens. There would be more of that to come after a brief intermission.

Opening the second frame, “Coles Law” is a song found on both 1998’s Nothing Lasts Forever, as well as Naught Again. This evening saw a patient, sublime instrumental that steadily built into triumphant peaks. Anton was animated all night long, and would periodically lose a drumstick in the midst of his flow, though he never missed a beat along the way. Kimock soared mightily on the lengthy “Coles Law”. Zero then dipped into a deep reggae groove on the reworked “Horses” which saw keyboardist Burrows really nail the Hunter lyric in his own singing voice.

Speaking of vocals, Zero would be joined by singer Jessica Fierro, daughter of dearly departed Martin, a beloved Zero mainstay and sax wizard who never failed to wow the masses. Jessica somewhat sheepishly took the stage, but before long was all smiles as she basked in the glistening lights and chandeliers. Anton came around from the drum kit to give her a hug and introduce the young lady to the assembled souls, who rained hoots and hollers of love and affection.

In turn, Ms. Fierro offered a beautiful benediction for her late father before belting out a couple of numbers in his honor. Maybe the evening’s biggest highlight was her riveting take on Blind Faith‘s tear-jerker “Can’t Find My Way Home”;  she pointed towards the sky and left nary a dry eye in the rock cathedral with a touching performance leading her father’s faithful old crew.

In keeping with filial traditions, Kimock’s talented son Miles would grab a Fender Telecaster and sit in with the Zero for two consecutive tunes to close out the set. Father and son trading licks in the house that Bill Graham built, please believe more feels were felt in abundance. Miles blessed up “Baby Baby”, and “Home on the Range”, the latter also found on the same Chance in a Million record whose occasion his father would mark with one more proper exclamation point to sing us back home.

Most of the room had stuck around as the clock approached the stroke of midnight; Zero returned for an encore after a brief pause for the cause. With little pomp or circumstance, the band dipped into a transcendent—if somewhat brief—reading of “Morning Dew”, the heavyweight Garcia ballad that stops heads in their tracks to this day. Burrows delivered a solid vocal, Pete Sears did Pete Sears things, and the rest of the ensemble followed suit, moving as one beneath Kimock’s emotive leads. The audience, which consisted of Deadheads and Bay Area psychedelic music fans across at least three generations, seemed satiated and satisfied with the Bonnie Dobson post-apocalyptic folk ballad that the GD and Garcia had long made their own. 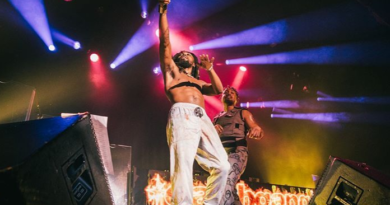 Here For The Crown: EARTHGANG Enlightens A Sold-Out Fillmore In SF [B.Getz on L4LM] 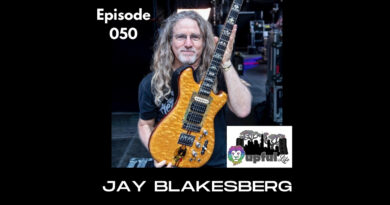 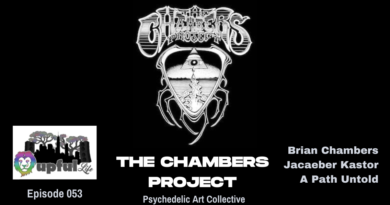