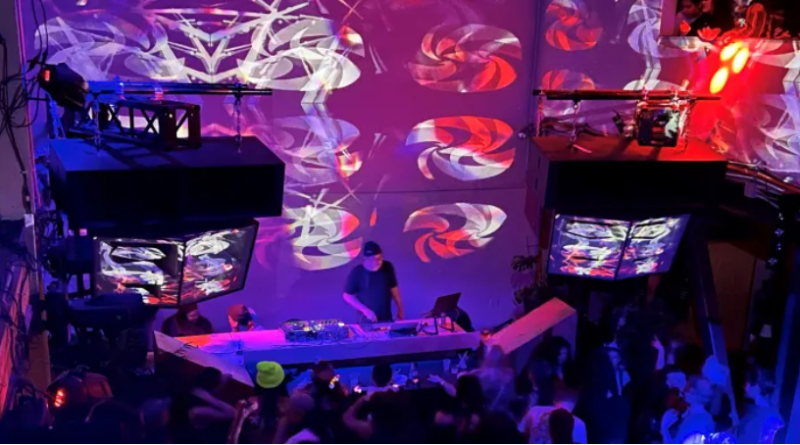 They say that absence makes the heart grow fonder. British bass legend Ott. and British Columbia subsonic sorcerer Goopsteppa both had been away from performing in the U.S. since before pandemic times. People had been clamoring for both to come back and bless American dancefloors like yesteryear. Last week, Bay Area psychedelic bass fans turned out in throaty throngs to welcome back the pair of international womp wizards for a cosmic convergence at Public Works on Friday, December 30th.

Diehards of both elusive producers had been counting the days until this decadent dance party, and when the blustery night finally arrived, the energy and temperature were turned up sky-high inside the packed club. Both gentlemen threw down their respective creations rather thoroughly. The tremendous twofer was facilitated by the partnership of Legion of Bloom Music, the good folks behind the annual Bicycle Day event in San Francisco every April.

Goopsteppa hails from Montreal originally but has been living in British Columbia for over a decade. Goop is wildly popular on the West Coast bass music scene, making dedicated fans everywhere he brings his drippy, trippy, mid-tempo style heavily inspired by the natural world. At exactly 10:30 p.m., Goopsteppa took to the decks and announced to the assembled masses that he was happy to be back performing in the States for the first time in exactly three years.

Goopsteppa opened with the ethereal “Ohana”, and throughout the first half of his set drizzled in select joints from Blossoms and other recent work like collaborations with emcee Finnoh (formerly Ill Chill). The dancefloor was swiftly turned on, turned up, and pretty poppin’, with bodies swirling in an oceanic display of individual artistic expression that matched the wonky weird Goop beats.

About 40 minutes into his session, an equipment snafu shocked the DJ as his whole rig went silent. The technical issues were a bit of a buzzkill, as Goopsteppa had developed a sweet flow and juicy set for his long-awaited return to the Bay. Yet, it was rudely interrupted by technical difficulties. Ever the lemonade maker, Goop returned after an extended pause for the cause, forced to work CDJs for the first time in eight years. Never fear, the BC baller forged onward and unveiled several versions-in-progress of exciting new material, even if Goopsteppa was less confident on these machines. Props to him for making the best of a somewhat brutal situation.

An Ott. set packs more than just a performance, it is a hyper-sensory experience. The U.K. producer’s stage name is a reference to ethnobotanist Jonathan Ott who coined the term “entheogen.” Ott. first made waves in electronic music culture in the early 2000s through collaborations with Shpongle and Hallucinogen, plus two landmark records released on Simon Posford’s label Twisted—Blumenkraft (2003) and Skylon (2008).

Since the Twisted days, he’s unveiled three albums on his own imprint, Ottsonic. The most recent plate, Heads, dropped in 2020 and was glowingly received by fans after seven years. Heads packs a potent combination of psy-chill, dub, downtempo, and oscillating dance music grooves, material that continues in his long tradition of coloring outside the lines but keeping the compositions accessible and danceable.

Ott. took the decks at the stroke of midnight and delivered 100 minutes of kaleidoscopic bliss. The set was not a continuous mix, sometimes the captain would play a track all the way through to its completion, allowing for a brief pause between the soundscapes. Other sections featured brilliant segues between his masterful original compositions that kept the dancefloor in a constant whirling dervish.

Highlight tracks from the headliner included “Squirrels and Biscuits”, the beloved “Baby Robot”, “Queen of All Everything”, and “Daisies and Rubies”. The erstwhile bass technician uncorked a VIP version of “Mr. Balloon Hands”, much to the delight of longtime heads in the know. At the end of an hour and a half journey, fans were still rabid for more tunes, so after he’d already said goodbye and walked off, Ott. returned for a couple “encores” that satiated the hardcores and sent the people out the door strutting silly into the stars. 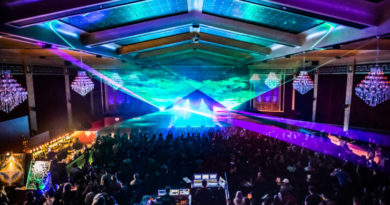 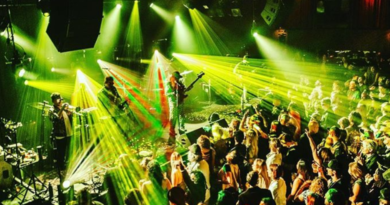 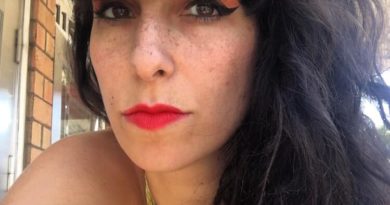