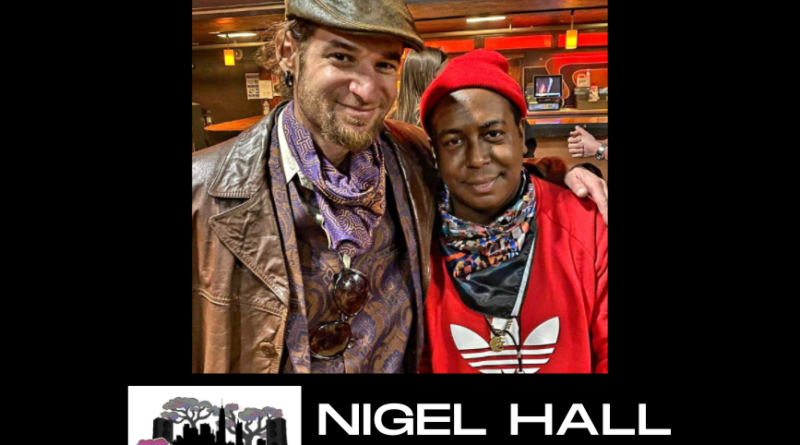 Episode 043 welcomes DC-born, NOLA-based NIGEL HALL (Lettuce, Jon Cleary, ex-The Nth Power) to the show for an hour-plus Vulcan Mind Probe. Nige has been a friend for about a dozen years, and I’ve written extensively about his musical exploits, so this convergence was a very long time in the making. The extremely gifted, Grammy-nominated keyboardist/vocalist – singer/songwriter keeps a lot of artistic irons in the fire. Nigel’s dropping sophomore solo LP Spiritual on May 14, 2021, a stunning sojourn into Soulquarian waters co-produced by DJ Harrison and backed by members of Butcher Brown.

In a wide-ranging convo, topics include: what’s the latest in New Orleans , we get the 411 on Nigel’s musical partnership with NOLA-based Jon Cleary & the Absolute Monster Gentlemen. His motivations and inspirations behind the forthcoming Spiritual, as Nigel reveals a bit about his process and the project’s native tongues. We unpack his role over the years with Lettuce, and how the keyboard chair and his contributions to the band have evolved over time. Quick detours to George Duke & J Dilla, with a funny Suwannee flashback or two to boot.

Naturally, we had to get into his time in The Nth Power, and he offers poignant, impassioned reflections that gave me chills. So did his defiant, righteous anger as a Black father to a pair of sons entering young adulthood. So many rabbit holes, with many stones left unturned. Super proud of this powerful powwow with one of the greatest to ever do it; a spiritual awakening of the soulful variety. Ladies & Gentlemen, Nigel Hall!