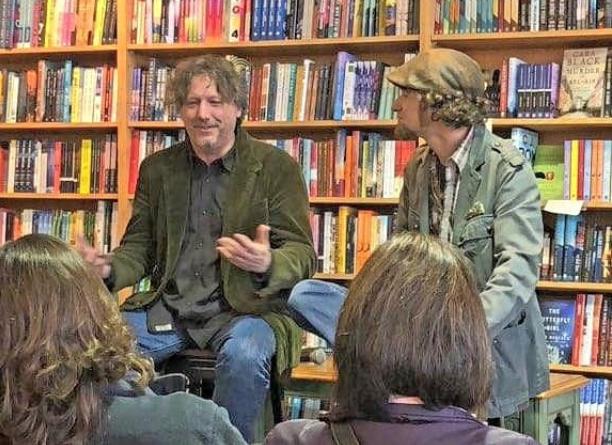 Episode 027 of *The Upful LIFE Podcast* welcomes the legendary STEVE GORMAN (Black Crowes) for a very special edition of this program. The longtime drummer and co-founder of The Black Crowes is doing a ton of media work, podcasts and live appearances in support of his riveting rock n’ roll bio “Hard 2 Handle: The Life & Death of The Black Crowes, A Memoir”. I was honored and truly touched when Steve personally reached out and asked me to host/moderate his book talk in San Francisco. The event took place on January 19, 2020 and was recorded with a live audience in the SF Ferry Building Book Passage, moments after Steve’s beloved Tennessee Titans lost in the AFC Championship Game.

I’ve been a fan of The Black Crowes since we covered “Jealous Again” at my Bar Mitzvah back in 1991, and saw them for the first time at the Tower Theater in Philly back in 1993, and another two dozen or so times through around 2013. Steve Gorman was a founding member of TBC, and his masterful drumming an essential component to their sound and identity as a band. He drove the train, and provided the swing that defined their swaggering grooves. He permanently left the band (again) in 2013, and they apparently disbanded in a dust cloud of sibling rivalries and greed. Only to see Chris and Rich Robinson reconstitute a version of the Crowes without him, or any previous band members for that matter, last fall.  Before the brothers could announce a Live Nation summer shed tour, and now some acoustic dates to help move tickets in the softer-selling markets, Steve dropped a bomb in the form of his fascinating book, and with it burned that proverbial feathered bridge by bearing his truth, once and for all.

As has been the case with all of his book interviews – and the book itself, Steve pulls no punches and leaves nary a stone unturned in his various recollections, delivered straight no chaser. This book talk was more of an opportunity to let Steve just tell stories, so I prepared a dozen or so questions for him, then opened it up to the audience for some of their personal inquiries, of which I edited some for length/clarity. Most of the content from the conversation is rooted in his tremendously detailed memoir, or random asides from the cutting room floor. Steve reflects on everything from Ringo Starr to Jimmy Page, recording the Crowes’ legendary run of 90’s albums, including 2 which never came out until many years later. Steve goes down different random rabbit holes, explores the concepts of co-dependence & closure, he sets the record straight about a number of hot topics in the Crowes community. Much like the book itself, you need not be a Crowes fanatic to enjoy this colorful interview about an American rock band that is as iconic as it is divisive, and whose catalog, legacy, and career narrative should stand the test of time. It’s certainly an afternoon I will never forget! Thank You Steve Gorman!

“Descending” by The Black Crowes, off of 1994’s Amorica 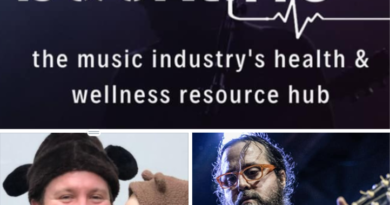 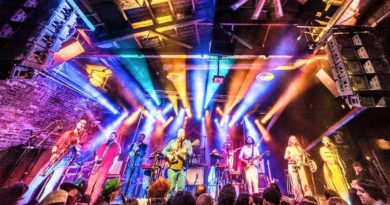