The Bay Area has always been funk music central, with a storied history hittin’ on the one. Oakland was where P-Funk’s Mothership first landed, the hometown of the mighty Tower of Power, and where the blaxploitation classic The Mack took place. On the other side of the Bay, San Francisco gave the world Sly & the Family Stone, and even Vallejo claims underground kings Con-Funk-Shun. Funk music has been omnipresent in this region since its inception roughly a half-century ago, and remains alive and well in the West Coast hip-hop sound.

In spite of the successes of late ’90s/turn-of-the-century labels like Ubiquity Records and Fog City Records, today, the region does not continue to boast as vibrant of a funk band scene as it once did. However, national/global heavy hitters still slide through with enough regularity that both SF and Oakland remain major stops on any tour itinerary. Lucky for music fans in the Bay, the week between Christmas and New Year’s was brimming with the opportunity to get up for the downstroke with an abundance of funky, nationally touring acts as well as some local legends who joined up with New Orleans finest for a night to remember. What follows is a brief rundown of how it all went down as we steamrolled into 2020.

Dumpstaphunk featuring Greg Errico, David Garibaldi, & the Tower of Power Horns linked up for a Sly Stone/ToP-themed barnburner, and what transpired on Sunday, December 29th was nothing short of a slammin’ sold-out show.  Sly & the Family Stone drummer Errico, who also did some time with Jerry Garcia Band in the early 1980s, has long been a steady sit-in at Dumpsta gigs in the Bay, yet the Garibaldi/ToP connection served to up the proverbial ante, and do so considerably. Oakland-based vocalist Viveca Hawkins, a Dumpsta friend and collaborator for several years, joined in on the later set for most of the songs performed.

The NOLA contingent’s current lineup includes mainstays Ivan Neville, Ian Neville, Nick Daniels III, Tony Hall, drummer Devan Trusclair, and the Dumpsta horns, Alex Wasily and Ryan Nyther. Dumpstaphunk first took the stage by themselves for a short opening set, beginning with a punishing “United Nations Stomp” before running through a new song “Do You?” and their popular “Justice”. The band, who famously opened for The Rolling Stones earlier this year in NOLA, were in fine form and performed like a well-oiled machine for an hour before taking an intermission, setting things up nicely for their iconic guests to come.

For the second set, Dumpstaphunk’s Trusclair was joined by Errico for the double-drumming situation; soon after, the Tower of Power horns hopped into the fray. Errico, Dumpsta and the ToP horns thumped out thunderous renditions of timeless Sly Stone numbers like “Thank You (Falettinme Be Mice Elf Agin)”, “Everyday People”, “Everybody is a Star”, and more. The crowd went absolutely bananas as the krewe plus Greg tore through the Family Stone songbook with both determination and joy.

To close out this massive collaboration, the Tower of Power horns took the stage with their own generational icon in drummer David Garibaldi for a set of classic ToP, performed alongside the members of Dumpstaphunk. The Tower of Power session closed out the festivities with a bombastic run of second set jams in a blur of filthy East Bay grease—high-energy horn blasts and Garibaldi’s wizardry juxtaposed with the Dumpsta style, like a muscle car just soaked in Crescent City vibe. Highlights included “On the Serious Side”, “Get Your Feet Back on the Ground” and an absolutely scorching “Maybe It’ll Rub Off On Ya”, along with the obvious “What is Hip?” encore.

In the aftermath of this tremendous throwdown, band members on all sides of the coin were glowing, especially Ian Neville, who humbly shared with me just how proud he was of this performance. This crucial connection between such storied funk franchises from the Bay Area and New Orleans made for a memorable, historic evening at the Great American Music Hall.

For a list of upcoming Dumpstaphunk tour dates, head here.

Karl Denson’s Tiny Universe shared the Fillmore stage in SF with The Motet and delivered two nights of textbook Tiny Universe groove-a-thons. KDTU has always come through the Bay Area in late December to celebrate Denson’s birthday, and this year they unveiled a strong pair of performances that ran the gamut of their extensive catalog, and introduced the world to their brand-new rhythm guitarist, Ricky Giordano, from Karl’s hometown of San Diego. Denson has always been one to spread the love and share his stage, not just with his own peers but also with the next generation’s finest.

Tight as a whistle, both nights Karl led the troupe through assorted selections from their brand-new LP Gnomes & Badgers, including the driving “I’m Your Biggest Fan” and a choice cover in Cyril Neville deep cut, “Gossip”. Karl Denson’s Tiny Universe also reached deep into their fatty bag of old school tracks for “Front Money”, “Mighty Rebel”, the title track from The Bridge, among other beloved tunes. To close out one of their sets, Denson invited local favorite Wil Blades out to the stage. Blades had performed in Denson’s short-lived KD3 trio project thirteen years earlier, and took over the Hammond B3 for a Dr. Lonnie Smith cover as KDTU was running out of time.

Karl Denson continues to show and prove to Bay Area audiences, each and every time he brings the Tiny Universe to town. This time around, the Diesel was ably assisted by a bunch of very familiar faces in longtime cohorts Chris Littlefield (trumpet), DJ Williams (guitar), David Veith (keys), Zak Najor (drums), and Chris Stillwell (bass), plus the timely recent addition of Giordano, who was playing his very first shows with the team. Look for big things from KDTU in 2020 with a solid lineup and some renewed vigor.

Colorado’s The Motet co-headlined the Fillmore in San Francisco with KDTU, with The Motet playing second on Saturday night and delivering a sturdy showing of exactly what makes them stand out among so many funky bands in the scene. Touring behind recent record Death or Devotion, The Motet offered slick, bouncy takes on their disco-fied originals, revealing a strong command of their ever-evolving R&B vibe and delivering impassioned renditions of compositions found on their latest LP as well as 2016’s Totem.

The Motet really seem to be stepping into themselves as they continue to coalesce with their current lineup, and their latest efforts show a band that has taken their thing to the next level without sacrificing any of their identity nor integrity.

For their headlining set on Saturday night, The Motet opened with “Cretan” off of Totem and the joint got up and groovin’ with a quickness as singer Lyle Divinsky displayed phenomenal stage command from the get-go. Guitarist Ryan Jalbert, bassist Garrett Sayers, and drummer/founder Dave Watts have been playing together in The Motet for so long, their chemistry and collective vibe are second nature, and keyboardist Joey Porter adds his own brand of quirky flair on a variety of funky-ass synth sounds. Death or Devotion’s title track was another gem, “Whatcha Gonna Bring”,  a relatively new cut,  moved the crowd, along with “Danger” from their previous release. A ’90s R&B medley that featured “Too Close”, “Return of the Mack”, “Sumthin Sumthin” and “This is How We Do It” brought the house down towards the end of the gig. Certainly firing on all cylinders, The Motet offered San Francisco a potent brand of sultry swagger in a fantastic Fillmore double shot to close out the decade.

[Note: Scroll to the bottom for a full bonus gallery of photos from The Motet at the Fillmore via photographer Keith Griner]

For a list of upcoming The Motet tour dates, head here.

Late-night after the Fillmore Friday show, an ultra-rare W-Beez performance took place across the street at the Boom Boom Room. The “band” is a sort of Bay Area supergroup, if you will, and consists of organist Wil Blades, guitarist Wil Bernard, and on this night included trumpet player Mike Olmos, drummer Joe Bagale (aka Otis McDonald), and Joe Cohen on sax. The W-Beez burned through a bunch of classic rare groove and organ funk that transported the tight room back in time. The group also welcomed jazz trumpet star Maurice “MoBetta” Brown, in the middle of his own multi-night run at the Black Cat, to the stage for an absolutely fiery solo, deep into the night.

Pitted head-to-head against the Fillmore funk extravaganza, The New Mastersounds descended on the Bay for two packed weekend nights at The Chapel, a venue that NMS guitarist Eddie Roberts has been itching to play since he had a sneak peek at the blueprints for the building of this room, located near his former neighborhood in San Francisco. Soulful upstart Josh Hoyer would open both nights in SF, showcasing some new material released on Color Red, the popular Colorado record label founded by Roberts.

Believe it or not, The New Mastersounds have now been around for two decades, and the fearsome foursome is currently touring behind their anniversary celebration. They are also supporting a hot new LP, Shake It, which features the smoky-smooth vocal contributions of Lamar Williams Jr. The talented singer is the son of the late Allman Brothers Band bassist, and both onstage and in the studio, he really meshes quite well with this band. Eddie Roberts is a prodigal son of the Bay Area, beloved for both his substantial musical exploits as well as his plethora of charitable actions here with his non-profit organization, The Payback. New Mastersounds gigs in SF always feel like a veritable homecoming of sorts, and these shows would be no different. Loud n’ proud New Masterfans always turn-out and turn-up ‘round these parts, and naturally bring their boogie shoes, ready for action.

This writer attended the scorching Saturday night throwdown, which saw an already-warmed up squad shift into a higher gear for the second show to deliver blistering boogaloo, and slab after slab of juicy rare groove. Williams would once again join NMS for this New Years run in SF to a great response, heard loudest on an ABB cover “Ain’t Wastin Time No More”; he’s also demonstratively proficient on the tambourine, making sure to show Roberts how its done a time or two (or possibly vice versa). Other bangers on the Saturday performance included opener “Holy Bag”, “Trouble”, and “Kings & Queens”. On Saturday night, Mike Olmos, local trumpet phenom and long a co-conspirator of Eddie’s for a variety of projects, would join the fray for particularly spirited runs through several searing NMS numbers, from both the new record and a coupla’ blasts from the past, too.

For a list of upcoming The New Mastersounds tour dates, head here. 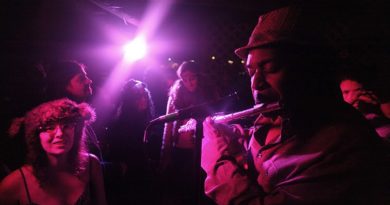 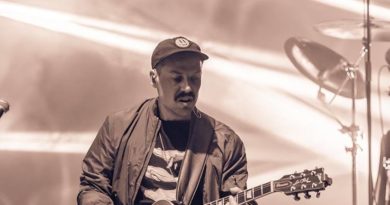 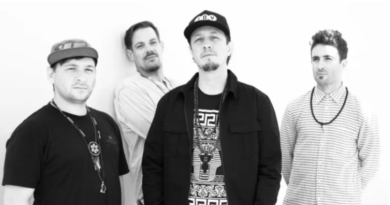