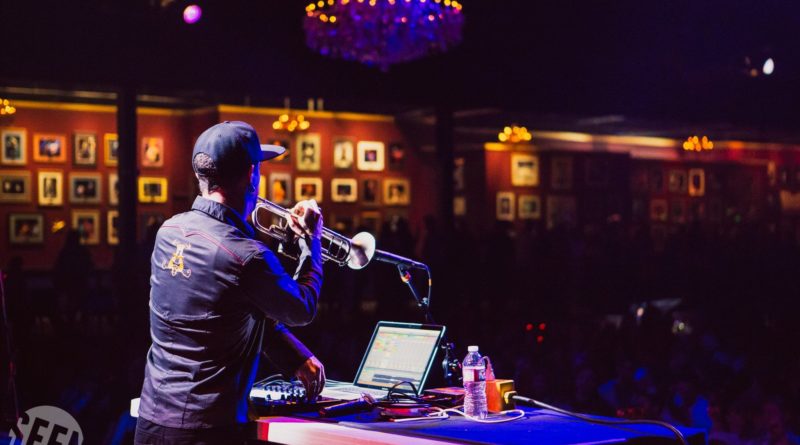 Get Stoked On Gem & Jam 2018 With This New Spotify Playlist

Indeed, saQi (Luke Solman) is no stranger to the detonation of a discotheque or dancefloor. For the past decade, the classically trained, virtuoso trumpet player—who calls Cliff Burton-era Metallica his greatest musical influence—has been serenading the masses with salacious low-end theories and globalized grooves. Treasured by the transformational festival and ecstatic dance communities since he first torched the scene with 2009’s Quest Signal, saQi has steadily built a devoted fanbase by way of authentic artistic evolution. From his embryonic collaborations with Russ Liquid to his work with Jumpsuit CEO The Polish Ambassador, saQi has always created in the company of influential innovators, and in 2017 those terms can be applied to Solman himself.

One of saQi’s boldest and most potent jams is the emotional “Broken Castles” from last year’s EP of the same name. The song features the vocal prowess of Pharroh, one-fourth of dexterous hip-hop krewe Ultimate Fantastic, who is opening the Brooklyn Bowl Las Vegas gig on December 23rd. Along with saQi, TPA, Ayla Nereo, and a host of other Jumpsuit familia, Ultimate Fantastic hails from the sleepy foothills of the Sierra Nevada mountain range, in the tiny mining town/Burner outpost Nevada City, CA. The innovative quartet released their debut LP Super Human last year on Jumpsuit Records.

Keeping one shell-toe in classic boom-bap, the other moon boot inside bombastic bass tombs, Ultimate Fantastic will get the party started proper with an all-the-way-live hip-hop set that features the genius sound design and fresh production techniques of Dropical. Alongside Pharroh, a queen reigns supreme in the form of emcee/vocalist Deija Solis; witty and unpredictable emcee Wink brings mad style and natural game. The unit coalesces onstage with verve and panache, the rare hip-hop outfit who’s material actually translates even better in the live element.

This Saturday, December 23rd, for one evening only Sin City will welcome the shamanic tantra that is saQi, and the unstoppable force of Ultimate Fantastic. The Official Gem & Jam pre-party will most certainly serve to whet the insatiable appetites of all of the freaks and fanatics who step into the Vegas night. Posted by B. Getz on Tuesday December 19th, 2017 on LiveforLiveMusic.com