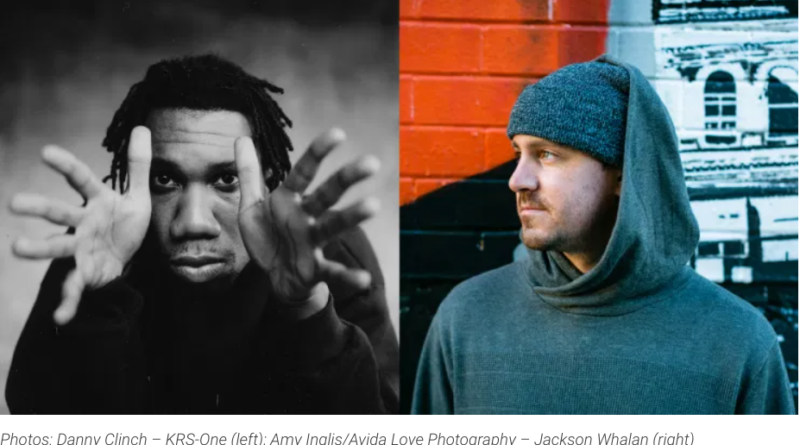 On Friday, April 23, 2021, Berkshire, Massachusetts-based emcee/producer Jackson Whalan delivers the bangin’, bluesy “From the Woods (Remix)” featuring KRS-One, the hip-hop icon and co-founder of Boogie Down Productions. A studio daydream that manifested into a once-in-a-lifetime opportunity, the cut brings together an iconic pillar and omnipresent voice of hip-hop culture and a promising young artist who is putting his own righteous energy into sound art. The results are nothing short of stunning, as KRS-One brings his inimitable presence and bombastic South Bronx style to the thumpin’ “From the Woods” (Remix), which premieres today exclusively via Live for Live Music.

“I first listened to KRS when I was a little kid starting to rap and make beats back in the day,” Whalan explained from his studio as he put the finishing touches on the collab. “He changed my life by displaying that hip-hop is something you live. I was flabbergasted when I heard his verse on my track.”

When initially working on the title track of his latest album as 2020 came to an end, Whalan closed his eyes for a moment and imagined hearing the Blastmaster himself ripping a verse over this production. After the release of his From the Woods LP earlier this year, Whalan got word from KRS-One’s camp that there was interest in a collaboration, and that it could happen pretty soon. Instead of going back to the drawing board for a different theme or making an entirely new beat, Whalan trusted his intuition and reworked “From the Woods” for a proper remix instead.

“I had an innate feeling that KRS-One was supposed to be on the remix for ‘From the Woods’. Even though the production is a backwoods, barn-type, blues-hop crossover, I was imagining his voice on it,” Whalan explained. “As a hip-hop artist from a rural area, it’s important to me to acknowledge where hip-hop comes from, and the legends who created the culture.”

Once the connection with KRS-One’s camp was made, things moved along pretty fast and the project came to life swiftly. Fortunately for Whalan, his fans are a dedicated, loyal bunch, and the emcee/producer was able to crowd-source the production costs to quickly make this dream a reality.

“I am thankful for my community of fans and friends taking rapid action to support the production of this song. We came together and funded production costs in under 10 days. This was the most affirming experience I’ve ever had as an independent artist. It showed me that my fans are down to reach some of my biggest goals with me.” Whalan said.

The remix features an atmospheric string arrangement from Grammy-winning cellist/composer Dave Eggar and electric guitar by Robby Baier alongside the original slide guitar/keys from co-producer Ian Evans. Whalan also laid down an updated verse for the momentous occasion. “From the Woods (Remix)” was mixed by Ian Stewart, building on the original mix by Grammy-winning engineer John Davis. Mastering was done in the United Kingdom by Jackson’s longtime engineer, Robert Macchiochi.

Traveling the world and performing across the United States for a decade, Jackson Whalan has been consistently making waves in underground hip-hop circles and on the festival scene. He creates original music by soaking in life’s unflinching realities and absorbing it’s myriad colors, channeling the good, bad and the ugly into his art. A few years ago, fatigued from the never-ending touring/recording grind, the emcee/producer decamped back to the Berkshire Mountains of Western Mass to dig into his craft and redirect the focus of his career. Fans can hear the results of Whalan’s personal transformation on most recent LP From the Woods, his strongest and most evolved work to date, released in January 2021.

Without further ado, dive into the Live For Live Music premiere of “From The Woods (Remix)” by Jackson Whalan featuring KRS-One below. Stream the track on the platform of your choice here. 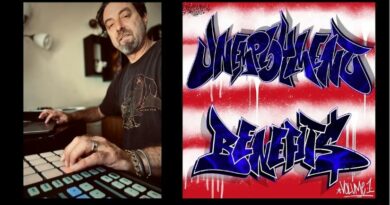 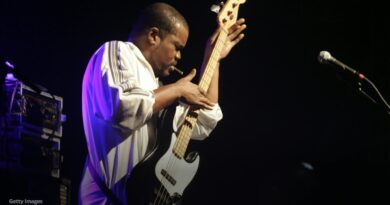 DOWN BY LAW: In Memoriam – Rest In Beats, Leonardo Del Hubrio. Longtime Bassist of The Roots [Leonard ‘Hub’ Hubbard 1959-2021] 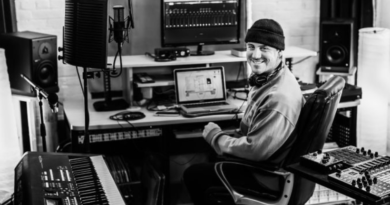