When one thinks of R&B or soul music, maybe the last place that comes to mind is Bloomington, Indiana. Yet that’s where Durand Jones moved to attend graduate school a decade ago, eventually landing a role with Indiana University’s famed Soul Revue.  Originally a saxophonist, Jones somewhat reluctantly tried his luck at singing and was a natural. His voice was sultry and seductive, oozing a humble confidence and professional sheen. Jones caught the attention of a group of musicians that would evolve into the Indications and in relatively short order, a star was born.

On Saturday night, nearly a decade after the fateful Soul Revue connection back in Bloomington, Durand Jones & the Indications’ Cruisin’ to the Park tour rolled into a sold-out Fox Theater in Oakland. On the road in support of 2021’s Private Space, their phenomenal third album, Jones, drummer/vocalist Aaron Frazer, and their tight band delivered the goods with verve and panache.

San Francisco’s own La Doña provided direct support for the evening, offering her tasteful style of soulful, high-energy cumbia, intoxicating rhythms and compositions with a sturdy backing band brimming with brass and percussion. The singer showed out for the home-base faithful, occasionally playing trumpet throughout her brief, blustery set. La Doña is one to keep in your eyes and ears, destined for big things in the coming months and years.

I had been lucky to catch Durand Jones & the Indications twice in the past few months, both times at Spirit of Suwannee Music Park in northern Florida. In October, Jones and company wow’d the denizens of the massive Suwannee Hulaween, and then chased that successful appearance with a redux at April’s intimate Suwannee Rising. Each performance saw the band earn schools of enthusiastic new fans as people reveled in the sweet, danceable jams.

Festival sets are one thing, but a packed Fox in the fertile funk soil of the East Bay is a whole new ballgame. Still, Durand Jones & the Indications rose to the proverbial occasion, stunning the capacity crowd with one hundred minutes of sky-high vibes and scintillating soul.

A post shared by Durand Jones & The Indications (@durandjonesandtheindications)

On a high-profile Saturday night in the Bay, Durand Jones demonstrated why he has steadily risen to a sensation, riding glistening waves of soul-fueled grooves that rained down on throngs of people who soaked it all in—and sang it back in unison. Music fans had been deprived of live performances over the last year and a half, so the energy level was through the roof for the duration of the show.

Durand Jones and the Indications unveiled songs from all three of their excellent LPs, with a decided focus on tracks from their ’70s-tinged latest, Private Space, and several more from sophomore sizzler, American Love Call. In addition to Jones’ astonishing pipes and robust stage command, longtime foil Frazer—himself an accomplished solo soul recording artist—continually added to the festivities behind the drums as well as with an impressive falsetto croon that was at once white-hot and ice-cold.

Hundreds of East Bay lovers and dancers swooned in unison in the majestic confines of the Fox Theater. The room’s acoustics are second to none; Jones and Frazer’s soaring vocals filled the space. Some of the show’s numerous highlights included beautiful original compositions like “True Love”, “Circles”, “Smile”, “Cruising to the Parque”, and the Frazer-helmed “Is It Any Wonder?”, the latter a stunner and already a beloved chestnut.

Jones and his co-conspirators  channeled a retro aesthetic and presence culled from soul music’s golden era of the 1960s and ’70s, yet they deftly infused their songs and presentation with a more contemporary vibe that did not come off as imitation or emulation.

Performing as a sextet, the group also delivered a pair of barn-burner cover tunes. David Bowie’s timeless “Young Americans” prompted the sold-out crowd to belt out the chorus with vigor, while Curtis Mayfield—clearly an inspiration to the Indications—got his moment in the spotlight via “(Don’t Worry) If There’s a Hell Below”.

The group’s live touring ensemble includes guitarist Blake Rhein, keyboardist Steve Okonski, and bassist Matt Romy. Better yet, the past year or so, the band has been bolstered by the always-divine stylings of Mayteana Morales (Walk Talk, formerly Pimps of Joytime), whose textural percussion and incandescent backing vocals added some feminine touch and flavor to the Indications soulful elixirs.

The steamy a capella reading of “You And Me”, delivered for the first encore, was a lovely, personal performance. Their final salvo came in the form of the ever-funky “Witchoo”, a spirited number that really drove the proverbial point home: Durand Jones and the Indications make music for the lovers of this world.

Set: Circles, The Way That I Do, Love Will Work It Out, Don’t You Know, Sea Gets Hotter More Than Ever, Listen to Your Heart, Put a Smile on Your Face, What I Know About You, Young Americans (David Bowie cover), How Can I Be Sure, Long Way Home
Morning in America, (Don’t Worry) If There’s a Hell Below (Curtis Mayfield cover), True Love, Is It Any Wonder?, Smile, Cruisin’ to the Park, Private Space, Sea of Love

Encore: You and Me, Witchoo 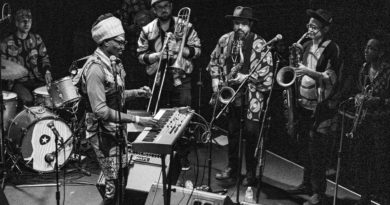 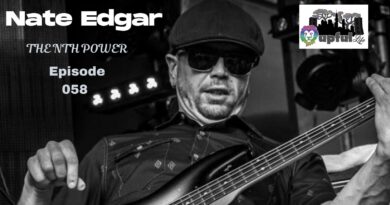